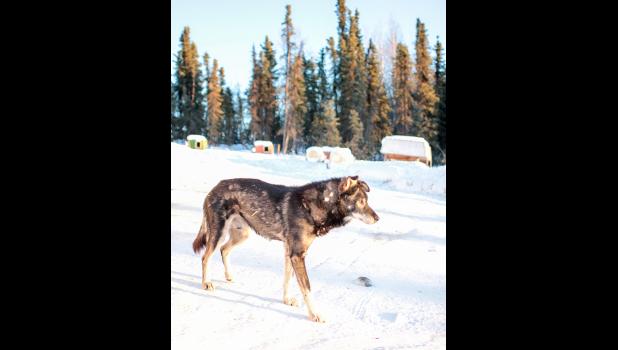 In this edition, Mushing Magazine features a legendary dog who has passed on already. It is Zorro, Lance Mackey’s super star and integral part of the team that won Lance four Yukon Quest and four Iditarod championships.

Here is Zorro in Lance Mackey’s own words:

Zorro was born in fall of 2000. His dad was Doc Holliday from Tim Osmar and the mom was Rosie, a female I had acquired from another kennel on the peninsula. The reasons for the combination: Rosie had all the athletic characteristics that were appealing to me - very smooth, a kind of puppy mentality, where nothing affected her, never got injured, but she was a bad eater, had bad feet, so I combined her with another dog that had strong qualities there.

There were eight total - I split the litter with Tim. The four I ended up with were two males, two females, and all four were part of my foundation team. When I first ran the Iditarod in 2001. Zorro was a stand-out yearling. He was the only yearling who made the team, and stood out to me beyond even all of my adults that year.

He matured and showed his athleticism/strengths/ability early on, especially during Iditarod 2001. I had dogs in that team that belonged to my older brother Rick. Rick was at the finish line and I remember telling him that Zorro was everything I wanted in a dog and I was going to breed him to every female in my kennel at that time. He thought I was crazy. Ironically enough, one of Rick’s dogs in that team that year ended up a main contributor to his daughter and my niece Brenda’s kennel today. Zorro was not what most people would look at and “Ooh & Ahh” over. He was 78 pounds, big boned, thick coat, extremely playful and usually would back down to other male dogs.

He had an ability to take the rest of the team under his wing so to speak - he was kind of a coach, he led by example in strength, stamina, direction. He was proud, confident, but he was also very classy, professional, loved his job - wasn’t a “showboat” kind of dog. If you love your job, it’s not that hard. That was Zorro. I think by the time he passed away at 15-years-old, he was probably pretty proud. Though he wasn’t flamboyant about it, I think he knew that he was special.

The year I won the Tustumena (2008) my entire team was Zorro and all of his children. I won that race for the first time. He always seemed to just get better with time, seemed to teach his offspring as if he knew they were the future of the kennel. More than once I said if I had 20 dogs like him, we’d win any race, in any conditions. He was bombproof. In my opinion, he was the perfect Iditarod dog all around.

He liked to smash his water cans in the summer. He would rip them off the house, leaving a piece of it attached, and he would then pounce on them like a cat or bear. He would tip his house. I used to have to install braces to keep the houses upright. These traits were passed on to many of my dogs who still do this today.

His traits run strong in many kennels around the state, and beyond. Not only do I, but all those who have bred to Zorro continue to choose his lines above most others. His lines continue to be appealing. His recovery time, especially for his large size, was incredible and unparalleled, and yes, my dogs carry on those desirable traits.

He is still very much a part of the breeding program in my kennel as well as among many kennels worldwide. Every single dog in my kennel, with exception of the current sprint hounds I have, relates back to Zorro. In the world of sled dogs, Zorro is a household name. He helped make my career a successful one and keeps on doing so today. I still have a few vials of Zorro semen stored, still receive inquiries from new kennels looking to implement Zorro genes into their program. Zorro’s career came to an end earlier than it should have when he was hit by a snowmachine during the All-Alaskan Sweepstakes in 2008. That year, he ran the Quest, but I kept him out of Iditarod to save him for the Sweepstakes, hoping for a “Triple Crown” win. So it was an unfortunate end to an otherwise stellar year. But I’m including this story here in hopes that it serves as a reminder to Share the Trails. It’s important to us and our dogs. Luckily, Zorro still lived out a long and happy life with me, even though he didn’t get to race again. I am proud and happy to carry on in my career with his children and grandchildren for as long as I can. 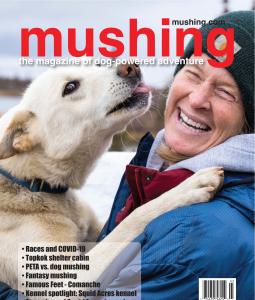