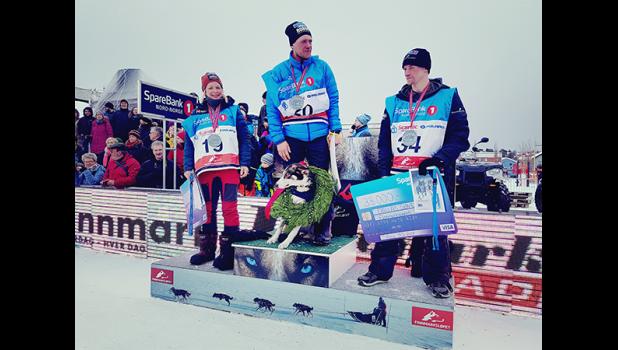 Finnmarksløpet 1200 experiments with a different format

The race starts and finishes in Alta in northern Norway. The trail heads from Alta south to the city of Kautokeino, then heads northeast and runs parallel to the Finnish border all the way to Kirkenes close to Russia, then it turns south again towards the finish line in Alta.

This year the distance of the open class in Finnmarksløpet was increased from 1,000 to 1,200 km. The runs between the checkpoints were also longer than before. In this year’s race, five of the 13 stretches were 100 km or more. In previous years only one to three runs have been between 100 and 130 km. The motivation behind making both the race and the runs longer was to slow down the speed, and to make the mushers rest between the checkpoints. The idea was that this would increase the number of teams reaching the finish line. Approximately 50  percent of teams have been scratching the last five years. The race has a total of 26 hours mandatory rest, divided in three checkpoints. There were in total 12 checkpoints in this year’s race.

There was a lot of excitement in connection to this year’s open class, due to the longer distances between the checkpoints. Would it make the speed go down, would mushers rest on the trail or would they go with the classic checkpoint to checkpoint strategy? Would more teams finish? There was also a lot of excitement due to Dallas Seavey from Alaska racing this year. Hugh Neff raced in Finnmarksløpet in 2013, with two of his own dogs- the rest he borrowed in Norway. Seavey started with his own dogs he brought to Norway from Alaska the same winter. He and his handlers Jesse Salyer and Christian Turner stayed with his dogs in Norway a month prior to the race to prepare and get used to Norwegian conditions.

Thirty-nine teams from 10 different nationalities started in the 1,200 km (745 miles) class on March 9 in Alta. Already from the start some mushers positioned themselves in the top. Thomas Wærner, Birgitte Næss, Kristian Walseth, Petter Karlson, Tom Frode Johansen, Dallas Seavey, Marit Beate Kasin and John Erik Eriksen were all jockeying for a position in the top 5 in the first half of the race; all of them were favorites prior to the race.

After checkpoint Neiden 1, one-third into the race, things started to happen. Nine mushers had already scratched, and the top four mushers had established stable positions at the top of the list. These were Dallas Seavey, Thomas Wærner and Birgitte Næss. Other favorites like Marit Beate Kasin and Petter Karlson positioned themselves in top 10. Most mushers rested on the trail, between checkpoints, as intended.

Midway into the race, between checkpoints Neiden 2, Varangerbotn and Levajok, a pretty dramatic development occurred in the result list. By then close to half of the teams who entered had scratched and mushers from the back of top ten had started to advance towards the top three positions. The reasons for scratching were varied, but two causes appeared to be more frequent than others: diarrhea and sore wrists.

There was talk about the endless sugar snow stretches, sugar snow filled holes and drifting snow. Mushers came in to check points tired after hours with pushing and pedaling in the rough conditions.  Thomas Wærner had to scratch due to stomach problems on the majority of his team at Neiden 2. After this, Dallas Seavey, Birgitte Næss and Petter Karlson took turns leading and from behind came Kristian Walseth and John Erik Eriksen.

In the last three checkpoints Seavey, Næss and Karlson dominated the race. Petter Karlson had a very strong team out of Levajok, running towards Karasjok on a 120 km (75 miles) run on the river ice, and the last part of his six- hour mandatory layover. The race mandates 10 hours divided between Levajok and Karasjok.  After Karasjok, Karlson had a good lead and Næss and Seavey running steady second and third. But, after the last checkpoint, Jotka, Birgitte Næss made a move towards Karlson. An exciting drama occurred between Jotka and Alta when Petter Karlson stopped for snacking and two of his dogs started breeding. Birgitte Næss passed Karlson and got a good lead on him towards Alta and the finish line. But, the Swede Karlson showed his iron will and dog skills, and 15 km (nine miles) before Alta, he caught up with Næss and made it first to finish line at around 11 p.m., Friday evening, seven days and four hours after the start. Seven minutes after him, Birgitte Næss made it in as number two. After this there were some exciting hours when Kristian Walseth tried to reach up with Dallas Seavey, fighting for the third place. He made some good progress after Jotka, but Seavey had a good lead and came in an hour before him.

Both, the winner of the race, Swede Petter Karlson, and runner-up Birgitte Næss showed us some really impressive mushing skills. They had different strategies. Karlson was running way behind the front the first half  and Næss was in the front the entire way. Both are former sprint mushers and fought hard and systematic in the end of the race and really earned their place. Dallas Seavey, also given the price as rookie of the year, finishing at a very good third.place, impressed the entire Norwegian mushing community with his racing style and especially his systematic checkpoint routines and impressive dog care. Apart from racing, Seavey also showed that it is actually possible for North American mushers to race in Norway with their own dogs.

Only 18 teams made it to the finish line of Finnmarksløpet 1,200 km, under half of the number of teams starting. What was the reason for the high numbers scratching this year? Probably the same reasons as for the 550 km (340 miles) class. The above mentioned diarrhea was making a lot of trouble for many teams, but it is no doubt that the long and hard stretches with tough trail conditions wore many teams out already early in the race. The big question is if it is positive that dogs are taken out and teams scratching if needed. This can reflect good dog care, that dogs are taken out prior to getting to tired.  But one can also discuss two other options: if the race was too hard or if the mushers were not well enough prepared. Probably the race needs to be arranged in this way a couple of years to see if mushers are able to adapt to the new way of running or if it is simply too hard, and that the race need to go back to shorter stretches and mandatory checkpoint rest again. 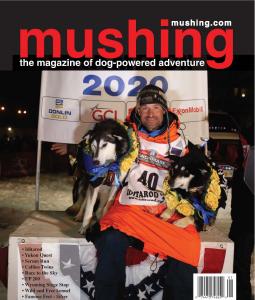